We are thrilled to finally share our debut project with the world. The 3D animated short film is titled “THE SATCHEL” and is an adaptation based on the Yoruba mythology of earth’s creation. This story dates back thousands of years and features revered Yoruba deities, Obatala and Oduduwa, (sons of Olodumare, the supreme being), who battle for the power to create earth as we now know it using an all-powerful Satchel 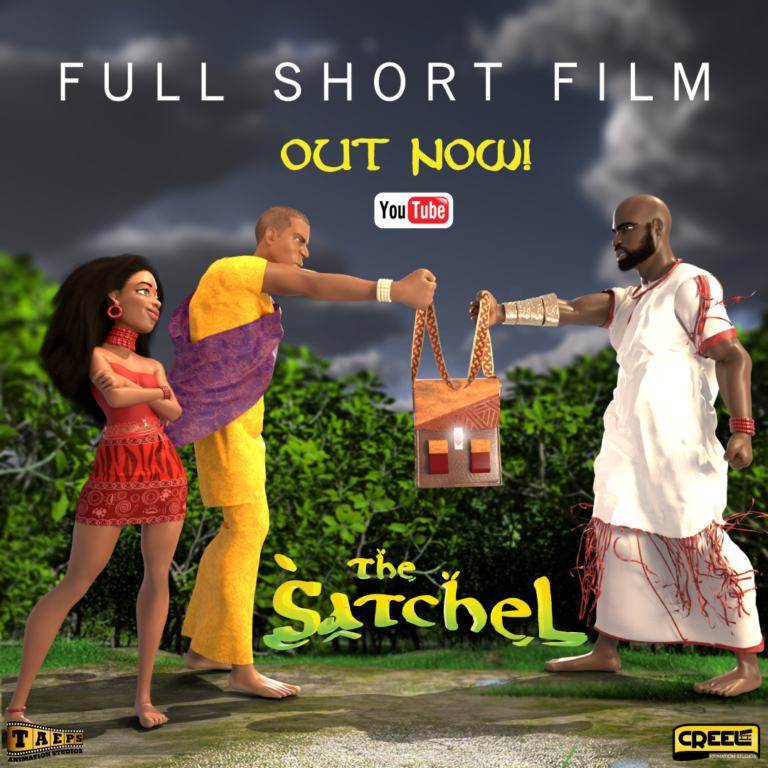 According to Director/Producer, Nissi Ogulu,

“With The Satchel, we want to start telling authentic African stories to ensure that our magnificent culture is preserved and that we portray the beauty of African culture, lifestyle and music by focusing closely on the appearance of the characters, interaction between them, their features and their environments. As you will see, artefacts of Yoruba lineage decorate the deity chambers with true representation of African culture and the language gives their dialogue an exciting twist

Staying true to her motto of infusing music with art, Nissi Ogulu brings to life the sophisticated 3D animated motion pictures through her music by lacing the film with two beautifully written songs titled “Adupe” & “Wonderful”, both of which are set to be fan favourites.

This adapted story centres on earth’s creation between the divine Kings, Oduduwa and Obatala, as they battle to create this kingdom using a powerful Satchel. The sibling rivalry between these superpowers are immense and the stakes are higher with Obatala’s handwork about to be ripped from him by his scheming brother, Oduduwa. Dotun, Oduduwa’s love interest is unconvinced Oduduwa’s plan will work out, but supports him anyway in his quest to usurp the Satchel and create his own Kingdom. The tale leaves you with a choice says the Writer/Producer, Jimi Oremule – #TeamObatala or #TeamOduduwa?

This film is one rich with African themes, suitable for all age groups, is relatable and draws a strong connection to home.

Join the conversation and follow us on our social media pages:

Creele Studios is an entertainment company focused on portraying the creative brilliance of Africa by telling authentic and inclusive stories of our people and culture, primarily using animated motion pictures with sounds of the best quality, innovatively and uniquely for families around the world.

Our sights are set on showcasing a new kind of creative innovation in the entertainment industry, as well as across the technological and social spaces. We hope to capture the ears, eyes and hearts of all people, delivering a truly unique “Creele” experience.