When she is not recording music or being the huncho of the ‘NissiNation’ movement, she is either juggling her career in mechanical engineering or Nissi is busied in one of her foremost passion – Animation. This she does in the capacity of a founder and managing director of creative content and audio at Creele Animation Studios.
Born Jehovah-Nissi into the Ogulu family. A family revered for birthing creatives.  Damini Ogulu is also known as Burna Boy, Ronami Ogulu who serves as the stylist for the family and Bose Ogulu their mother who doubles as the business manager all make up the Ogulu family
Nissi Ogulu is an embodiment of duplicity. A definition of ‘you can be more than one thing and be good at it’
When speaking with us at her studio, Nissi has this infectious calmness when she speaks. You need to pay undivided attention to hear every word she spurts. 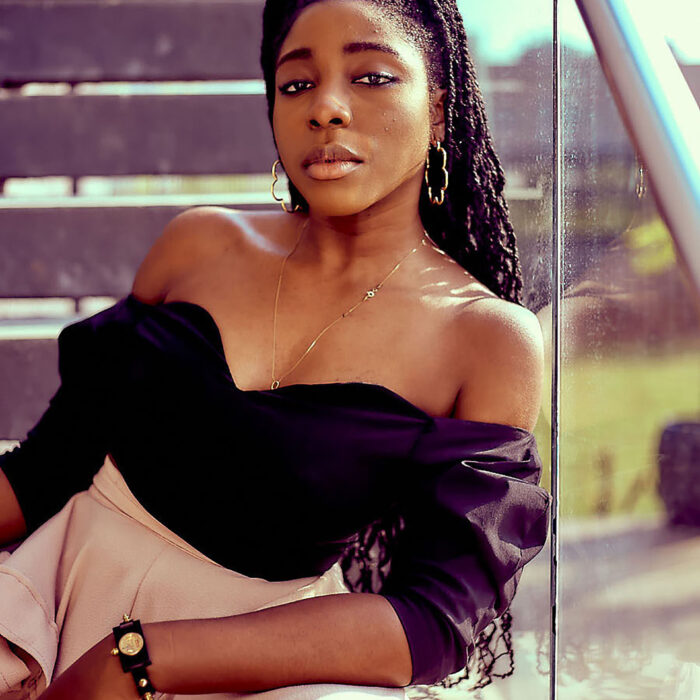 Aura Magazine had a brief chat with her as she let us into her entrepreneurial side, what it means to be the ones who seek to herald African story-telling via animation and their latest body of work, a short film tagged ‘The Satchel’

Creele Animation Studio is a company set up to portray the creativity of Africa using high-quality motion pictures and sound.
Nissi explained that she wanted to showcase what Creele can do with animation and art and inadvertently replicate an equivalent of the high-quality works available in the west with the likes of top animation companies like Disney, Dreamworks, Pixar, Ghibli and the rest.
Speaking extensively, she said “I have always been invested in arts and of course music. I’m also a tech and engineering enthusiast. And I wanted to have a platform where I could infuse all that. That’s how Creele animation studio came into fruition.  I’m also intentional about putting out educative content. There is a lot of intentional African story-telling that we at Creele are set out to relay. We basically want to fill in the gap in the market as a Pan-African student that the dearth of African art avails”
There is a goal to make Creele animation the leading animation studio in Africa and the plan to achieve that goal is to produce enough quality content that can be available worldwide and all on essential platforms.
There is also getting involved in the media space and being the go-to brand for quality afro-animated content as well as providing entertainment content that caters to all demographics.
“We already have some plans set in place; some long-term and others short term. For the short-term, we are set to launch our new project in the middle of this year”

Speaking about ‘The Satchel’ which is the studio’s debut short film is directed by Nissi Ogulu herself.
“We currently have the trailer for our debut 3D animated short film titled; ‘The satchel’ It is the story about the creation of the earth but this time we are approaching it from the vantage point of Yoruba mythology. Using two brothers Obatala and Oduduwa, sons of Olodumare”
“The story symbolizes what you would see in Yoruba historical myths. ‘’The Satchel’ is a mystical object that has the power to give new life and the power is given by Olodumare. So we talk about how Oduduwa usurps that position from his brother Obatala and he steals the satchel in an attempt to have the power to create new life”
“It is an interesting narrative because it touches on heritage and culture and tells a story that can be relatable traditionally to our African culture. There is a lot of inspiration from Ile-Ife with original soundtracks created all in a bid to intensify the enjoyability experience available to the viewers”

The future for Creele Animation Studio is full of Interesting projects, different forms of animation, and interesting games.

The full 3D animated short film “The Satchel” is now out on YouTube, and you can WATCH HERE.

The first of many of it’s kind, THE SATCHEL heralds a new age of telling culturally authentic African inspired stories for families and people around the world to savour, using cutting edge technology to deliver top-quality animated content across board.